In March 1872, the Hinchliffe family founded Laurel Grove Cemetery and managed it for 127 years. We now take pride in continuing to manage Laurel Grove as one of its premier properties in New Jersey. The original 145-acre property was expanded in the 1920s, when the family acquired the 55-acre adjacent dairy farm to develop a memorial park.

The first mausoleum on the property was built in 1939 and renovated in 1994. Its Old-English-style chapel can seat over 300 visitors. Additionally, Laurel Grove has a mausoleum chapel and a crematory chapel. The Laurel Grove Crematory was constructed in 1996 and serves all of northern New Jersey.

The Paterson Elks Monument, which can be seen from Interstate 80, was dedicated in May of 1897, and serves as a well-known local landmark. Also found in the cemetery are the Syrian High Priest statue and the Federici Fountain and Statue, also known as “The Spirit of the Resurrection.” A World Trade Center Monument, donated by the cemetery and Sgobba’s Monument Works, was dedicated in memory of the 9/11 victims.  There is also a bronze plaque memorializing fallen police, firefighters, and emergency medical personnel that was donated by the employees and officers here. 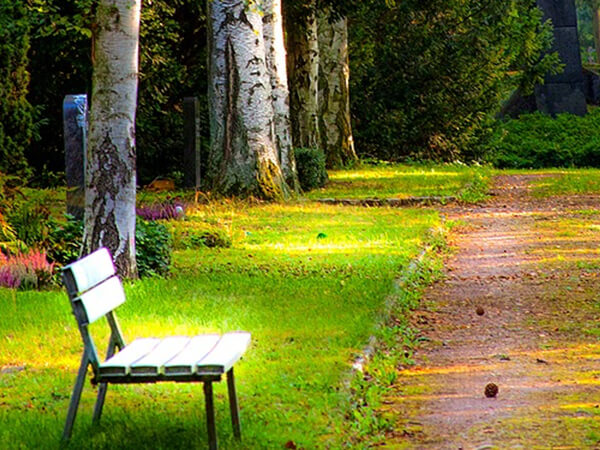